This book review of Hidden Deep is brutally honest. An interesting world cannot save this books lack of real character development and overused tropes.

This is a no spoilers book review of Hidden Deep and differs slightly from my Goodreads review.

The book Hidden Deep was clearly made to cater to the younger part of the YA genre, so I believe they would love it. However, as an adult reading this book, there are multiple glaringly obvious problems with this book, from plot to much-needed editing in some parts.

The unforgettable YA book trope…

“But I’d never been the girl in the room who everyone looked at, much less stared at for long uninterrupted minutes.”

My God, I hate this trope and I was so disappointed that Hidden Deep nearly started the book with it. It’s so overused and cliche for YA tropes – the girl thinks she isn’t beautiful, but all of the extremely attractive males in the book will try to win her affection even though she has much more beautiful friends, probably with better personalities.

To be honest, Ryann, the protagonist, has the personality of a rock. The only thing we constantly get pushed into our heads is her relationship with her father and how she needs to pursue her career before finding a man because he would just be the “icing on the cake.”

But that’s thrown out the window almost five minutes into reading the book because of Lad.

“Almost faster than I could process what was happening, Lad brushed his lips across mine in a hint of a kiss then crushed me to his body, his warm mouth grazing my ear.”

They had just met again for the first time after ten years or so of being apart after saving her from hypothermia when she was, like, five I think?

Either way, there had not been any buildup between these two before he did this in the book. Like, he’s into her because he saved her? It just doesn’t make sense, especially prior to this she gets clear vibes that she shouldn’t trust him, but then BAM he reminds her that he saved her years prior and now she’s all hot and heavy for him. I’m not buying it.

So Nox, the other “love interest,” is just kind of around and all of the sudden shows interest in her as soon as Lad meets her again. And now Ryann (refer to the first quote) is the center of everyone’s attention. It’s just too cliche.

Not enough character development happened for this to transpire:

“I’ve been thinking, Ryann… about the tour. What would you say about my staying here and going to Ole Miss in the fall instead? I could still play the area bars, frat parties, play up in Memphis now and then.”

Okay, at this point in the book, how could this guy not get the hint? She’d denied him once or twice at this point after he kissed her even after kissing him back because of Lad, but all of a sudden he wants to give up his entire career for her?

Um, hello? This doesn’t make sense, no matter how infatuated, after those rejections she served him shouldn’t have made him want to stay. Quite the opposite effect, in fact.

In general, there was a huge lack of character development, especially on Lad’s part.

Ryann instantly falls in love with him, and he with her, and while a younger audience may have fallen for it, I sure didn’t.

All Lad has going for him is that he saved her while she was a child. Besides that, we don’t get any character development from him. Sure, he risked his life for her, but do we know anything personal about him besides being a prince? Not really.

I did enjoy the part at the end where he barked at Ryann. It was the first time I’d actually seen – *gasp* – any dimensionality in his character. I wish there’d been more moments like these, but I guess that’s why there’s a whole series.

Hidden Deep had at least one interesting part: worldbuilding.

The worldbuilding in Hidden Deep, I admit, was pretty decent. I was intrigued that Light Elves live underground in hiding while Dark Elves live alongside the humans in order to survive. I’ll admit that I enjoyed this, which is why it didn’t get a one star review.

The water concept was also interesting and I’m not sure if that’s related to Elf lore in general or if it’s something that the author, Amy Patrick, came up with herself. Either way I was glad to see it integrated throughout the story.

What we got to know about the town I enjoyed as well. It being so small and out in the middle of nowhere that they regularly went to Sonic was a big indicator.

There was more, but this was kind of the overall point. This book is just not worth your time unless you can suffer through the first book. I know I didn’t and I won’t.

I don’t recommend reading this book unless you want to read about a useless protagonist who shuts down the guy that is actually into her from the beginning and completely goes against the one thing her mom actually got right: get your career settled first before walking into the forest for a man, bitch!

Sorry, that was a bit of a run-on sentence. But it was from the heart, I promise.

My rating: 2 of 5 stars on Goodreads.

View all my reviews on Goodreads. 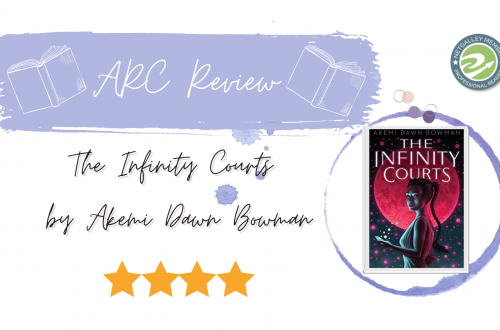 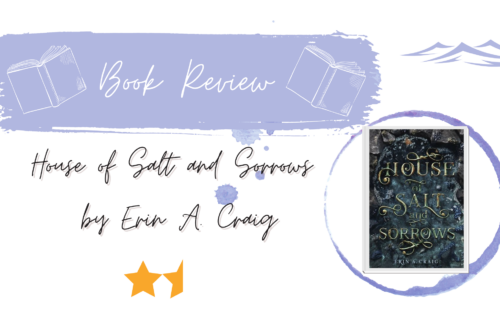