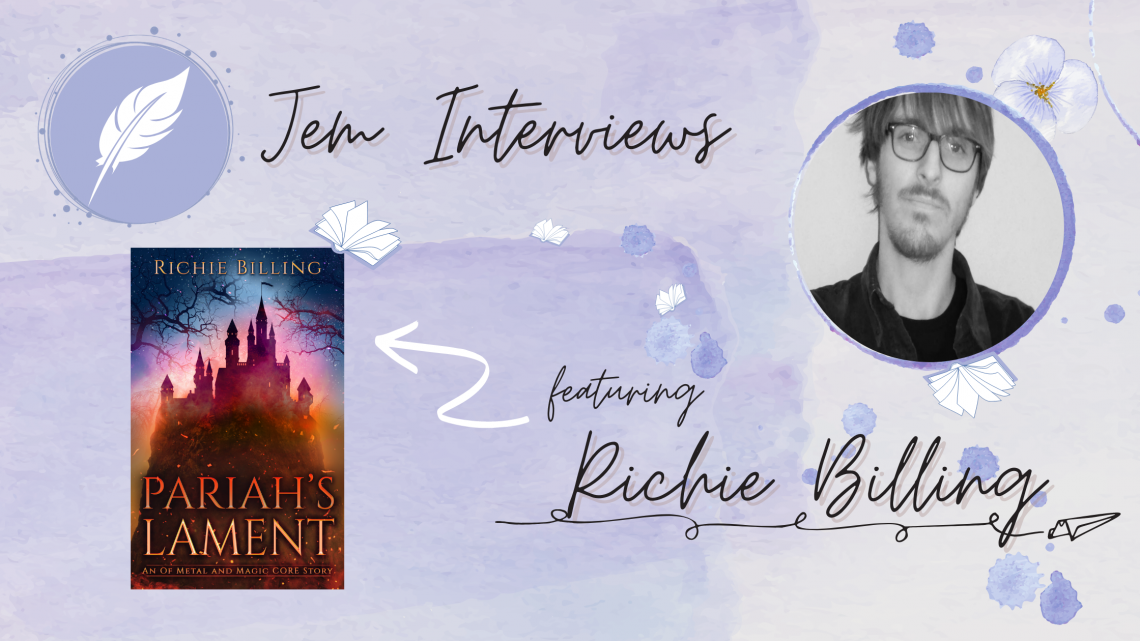 Hello everyone, and welcome to Jem Interviews!

Today I have Richie Billing, author of Pariah’s Lament with us! Hooray! Richie’s book just released yesterday and I’m so excited to introduce you all to him!

Thank you again for the ARC, Richie!

Pariah’s Lament follows Isy and Edvar. Isy has to help the Amast, an ancient race in dire need of help if they are to survive. Rejected by her own family as the Amast were rejected by society, she helps them find the salvation they so desperately need while facing her. After an attempt on his Keeper’s life, Ashara, Edvar must overcome his feelings of doubt to find out who was behind the attempt and hold together the kingdom.

My official review will be up in a few days!

JEM: Hi, welcome to Jem Interviews! Thank you so much for taking time to be here! First off, tell us more about your main characters, Isy and Edvar. What are some fun facts about them that you think readers would love to know more about?

RICHIE: Thank you for having me, Jess. I’m thrilled to be here! Great first question to start too.

Isy and Edvar are from opposite ends of the social spectrum, yet they have much in common. Chief amongst them is the fact they’re both outsiders. Loners.

Neither have any friends, both have strained relationships with parents and experience great difficulty finding their place in the world. I think the latter is something many of us can relate to.

I wanted to create relatable characters and throw them onto a fantasy rollercoaster of a ride. Hopefully I achieved that!

Ultimately I wanted them to change and grow as the story developed. If they were the same people at the end, I knew I’d have failed. So thankfully, I think there’s a bit of a transformation there in them both.

JEM: The worldbuilding in Pariah’s Lament is extremely well-thought-out. Where did you find inspiration for it?

RICHIE: Thank you! That means a lot. It can be tricky for writers to get the worldbuilding balance right. Some are drawn along the Tolkien route of creating everything down to the last fantastical flower. This can lead to an outpouring of excitement that ultimately becomes an info dump.

I’ve experimented with the less is more approach and much prefer it, but sometimes I find that sticking to it stringently works against you. Fantasy readers love to escape into new worlds. These lovely details we conjure can draw them in.

I take an approach that I’ve coined natural worldbuilding. The building part is all centered around relevance and necessity, and when it comes to revealing those great details you’ve made up, you do so in a natural way as the characters develop and the story unfolds.

This way you don’t get bogged down in unnecessary detail—which readers dislike—and you don’t spend an age building a world, the majority of which you’ll never use.

In the end, you should hopefully give the reader just enough. And ideally, you’ll leave them wanting more!

JEM: What was the most challenging part of writing Pariah’s Lament? On the other hand, what was the easiest? Aka, what came to you naturally?

RICHIE: I think the element that came most naturally were the characters. I began with them and spent a long while getting to know them. I decided it was them that was going to make or break the story.

There were a fair few challenges. About a third of the way in I realised a plot hole and had to go back and rewrite it all. It was frustrating at the time, but I knew the story would be better for it so I didn’t mind.

Doubt was a big challenge for me. There’s always a voice in my ear telling me what I’m writing is garbage, and sometimes it can be hard to ignore. That has a knock on effect then. You don’t feel like writing, or you write with less conviction and enthusiasm.

You just have to power through. Refocus your mind on the simple love of writing and force yourself to struggle on.

JEM: A big theme we see in your book is acceptance – from Isy’s scar to the Amast and their civilization. Another is Edvar’s struggle to find strength and confidence in himself. Did these themes come out naturally, or did you plan them?

RICHIE: I love it when people pick up on the themes!

The themes in the book were all planned. Around the same time I began creating my characters I started to consider the themes I wanted to explore.

It’s not something I’ve done before, but my understanding of theme and premise changed completely not long ago. I read the Art of Dramatic Writing by Lajos Egri, and in it he explains his reasons why he believes the theme and premise are the most important elements.

The gist of it is, the theme gives you a framework for your story. It’s what the point of the story is. It’s purpose.

That struck a chord with me, and since then, that’s how I write.

RICHIE: I do have a pretty good idea for a sequel. And already the potential twists and turns are stacking up. The Daggers of Power will definitely feature more. Characters will go on unexpected paths, and there’ll be lots and lots of action.

I’ve got no immediate plans to write it though. I’m experimenting with a few other genres and forms. But I’m looking forward to coming back and rejoining the characters. It was sad to say goodbye to them when I finished the book. But like you said, Pariah’s Lament is just one part of a wider world. Call of the Guardian, which came out last month, looks at the origin story of the world, and there are more to be released later in the year.

JEM: Lastly, what’s something you’d like for your readers to know?

RICHIE: If you love a good underdog story, Pariah’s Lament is for you. I adore the fantasy genre and wanted to write one of those books I love to read—an escape into a vibrant, lifelike world, a great adventure with characters that grow and change, and epic battles and heroic action scenes.

There’s more to it than that though. Like we mentioned earlier, there are themes running through it and even elements of romance and political intrigue.

If you’d like to give it a sample before diving in, you can get the first five chapters for free by heading to my website and joining my community.

Thank you again for having me on Jess! I’ve loved answering your questions!

Richie Billing writes fantasy fiction, historical fiction and stories of a darker nature. His short fiction has been published by, amongst others, Kzine, TANSTAAFL Press, Bewildering Stories, Liquid Imagination, The Magazine of History & Fiction, Aether and Ichor, and Far Horizons.

His debut novel, Pariah’s Lament, will be published by Of Metal and Magic Publishing on 17th March 2021. He co-hosts the podcast The Fantasy Writers’ Toolshed, a venture inspired by the requests of readers of his critically-acclaimed book, A Fantasy Writers’ Handbook.

Most nights you can find him up into the wee hours scribbling away or watching the NBA. Find out more at www.richiebilling.com. 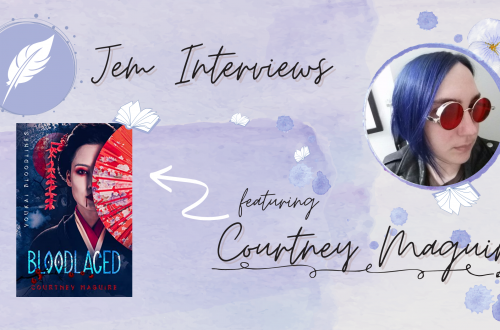